Ready to get started on your project? Get in touch

After a few months in the works I’m happy to announce Custom Metaboxes and Fields for WordPress version 0.9 is out and ready for consumption.

This is probably one of the large updates we have put out as it contains a lot of fixes, tweaks, and even a few nice additions. Taken straight from the readme, here’s a list of what new with 0.9!

Bill and Norcross have put in a lot of time for past releases, so in this release I tried to pick up the slack as I hadn’t been as active.

If you are using 0.8 you should be able to upgrade without any issues. However it’s worth noting this release is for WordPress 3.3+ – if you have not upgraded to 3.3 do not use 0.9.

The next version is going to be a good one, so definitely keep an eye out. You can take a peak at the To-do in the readme to get an idea of what’s on our radar. Specifically here’s a few things that are a priority in 1.0:

There are a few other features, if time permits, we are going to try to squeeze in as well – but the ones above will be the focus.

Special thanks to Gary Jones for some great feedback as well as tweaks, Bill for squashing a few bugs, and everyone who has been reporting bugs on GitHub. 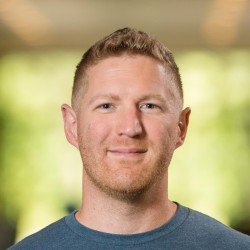 I work with clients to transform their great ideas into reality.

You can read more about me and my services. Better yet, let's work together.

When I write or find code that I find helpful I'll often post it as a code snippet.

Ready to get started on your project?

Get Started on Your Next Project

Once development begins most projects are ready to review in 3 weeks.

Tell me a little about yourself and your project below.
I'll review this information to see how I can best help and get back to you.