Ready to get started on your project? Get in touch Leite’s Culinaria is a long time client, with our relationship starting in 2010 when food writer and publisher David Leite reached out to help address some growing pains the site was experiencing. After helping migrate the site to a new server to sustain the site’s increasing popularity we have continued to regularly work together, now for over 5 years.

I’ve been working with Jared for over five years. From the moment he joined our team he began working. First cleaning up some of the most pressing problems. Afterwards, he reached deeper into his toolbox and came up with solutions to further improve what we do.

But perhaps his greatest skill is listening to my sometimes outrageous, often never-seen-before ideas, shaking his head and muttering, It can’t be done.” And not even a few days later coming back with elegant solutions that enhance what we do and give us an edge in our industry. And throughout it all, he works so closely with us we consider him a member of the team. 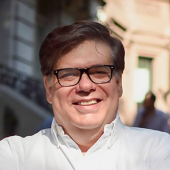 After several rounds of revisions to the existing Leite’s Culinaria WordPress theme, David determined it was time to start fresh with a new theme. He worked with designer to come up with a new branding guide the involved a new bold color palette and a focus on stunning typography.

Once the designs were finished, they were handed off to me and I created a custom theme, built on top of the powerful Genesis Framework. With the mobile visitor demographic climbing the charts one of the primary goals identified for the new site was ensuring the mobile users have a great experience. Unlike most websites, optimizing the Leite’s Culinaria site for mobile devices was not as simple as making it “responsive” using standard CSS.

There were many reasons that lead us to developing a dedicated mobile theme for the site however there were two main factors. First, the normal full site is big and bold with lots of images and great typography. That, accompanied with advertisements, means the page size often exceeds 2-3 megabytes. This size isn’t as much of a concern for normal desktop users, however we did not want to serve a 3mb page to a user on a 3G (mobile) connection. Secondly, the advertisements that display on the full site are not mobile friendly.

The end result was a highly optimized separate mobile version of the site that his visitors love. The average page size of the mobile site under 1 megabyte which could not have been accomplished with a traditional responsive site using CSS.

Ready to get started on your project?

Get Started on Your Next Project

Once development begins most projects are ready to review in 3 weeks.

Tell me a little about yourself and your project below.
I'll review this information to see how I can best help and get back to you.